Traditionally the wedding speech running order was the father of the bride, the groom and the best man. Three blokes and only one of them was meant to be funny.

In a world where we have same sex marriages, more diverse family set ups, people getting married later in life and, who would believe it, women who are funny – we think we can make the line up a bit more interesting.

Yes you can get some old school advice on the line up at Debretts or Hitched – but at Speechy, we’re encouraging couples to think a bit more creatively. And, as we all know, ‘thinking creatively’ often means opening a bottle of wine…

Yes, let’s get the dull (and stressful) bit out of the way first. Sometimes deciding who speaks at your wedding comes down to politics rather than who you’d actually like to hear from on the day.

There’s lots of debates to be had… Father of the bride or step dad? The groom’s slightly nerdy but reliable buddy from school or his comedy wing-man? And of course that’s all before we start thinking about which of the girls would give ‘great mic’ or factoring in any of the other curveball suggestions we have.

Our advice is to think of it like this…

When it comes to the ‘best’ person, you have to work out what you want from your speeches. Are you the sentimental type or do you just want to entertain your guests and get them all laughing? Who will genuinely enjoy giving a speech and who’s likely to be sloshed before you even get to the speeches? Lots of things to consider.

If you find your dream line up differs from the traditional one then it’s about being tactful and sensitive. If you know being dropped from the line up might upset some people, then it might be worth sticking to tradition but having an additional speaker. Of course, it’s worth thinking creatively about how the situation can be handled.

You could, for example, suggest the groom has multiple best men, each with a different role on the day. You can say this is so one bloke isn’t overwhelmed on the day (and they all get a dance with the fit bridesmaid) – but really it’s just about getting the best bloke behind the mic. Sneaky? Perhaps. But you get what you want and no one is left crying.

Ultimately everyone should understand this is ‘your day’ (cliché klaxon) but sometimes that’s not the reality of the situation. 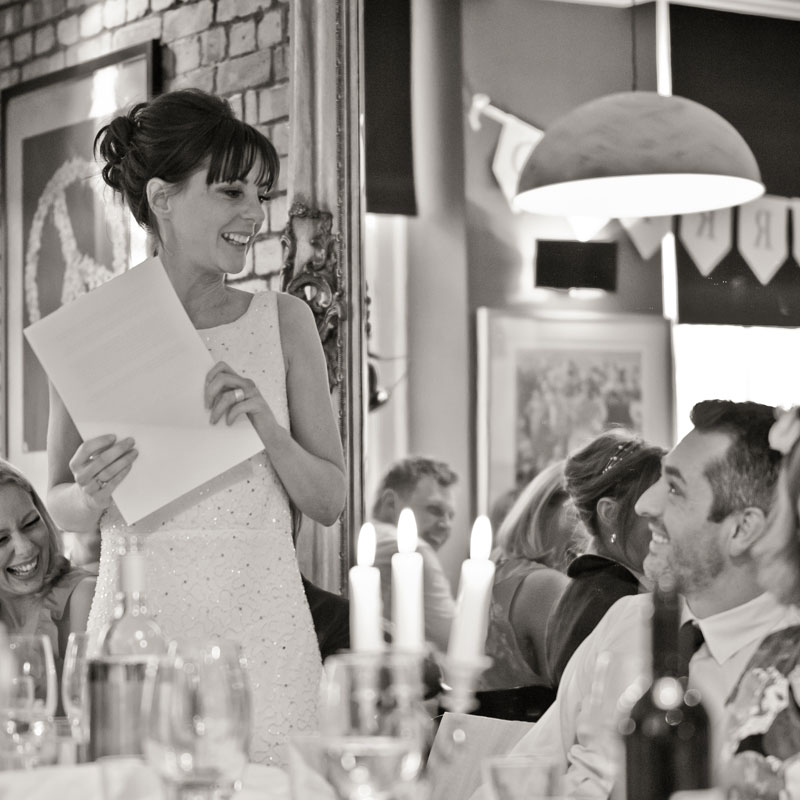 Yes, call us modern millennials if you must (clearly we’re not), but we reckon women are worth thinking about.

Women (generally) still take on the lion share of wedding prep but they’re a remarkably underused resource on the day. Sure, there’s a lot of Champagne to get through but girls, it’s only five to eight minutes from the start of a speech to the toast. You can handle that.

The fact is, getting a women behind the wedding mic brands your wedding as modern and a bit less ordinary.

Of course no bride should feel pressure to give a speech if it genuinely isn’t her thing but at least consider it. Or maybe even, a joint speech (a trend that’s set to get even bigger).

Grandmas and grandpas. It doesn’t really matter what they say, they’re guaranteed to get everyone smiling.

Ask them to read out a classic Pam Ayres poem or just a couple of (comedy) lines offering you their very personal marriage advice. Often this can be on the cheeky side (result!) or sometimes, it can offer a real insight into how timeless love really is (hankies at the ready girls!). 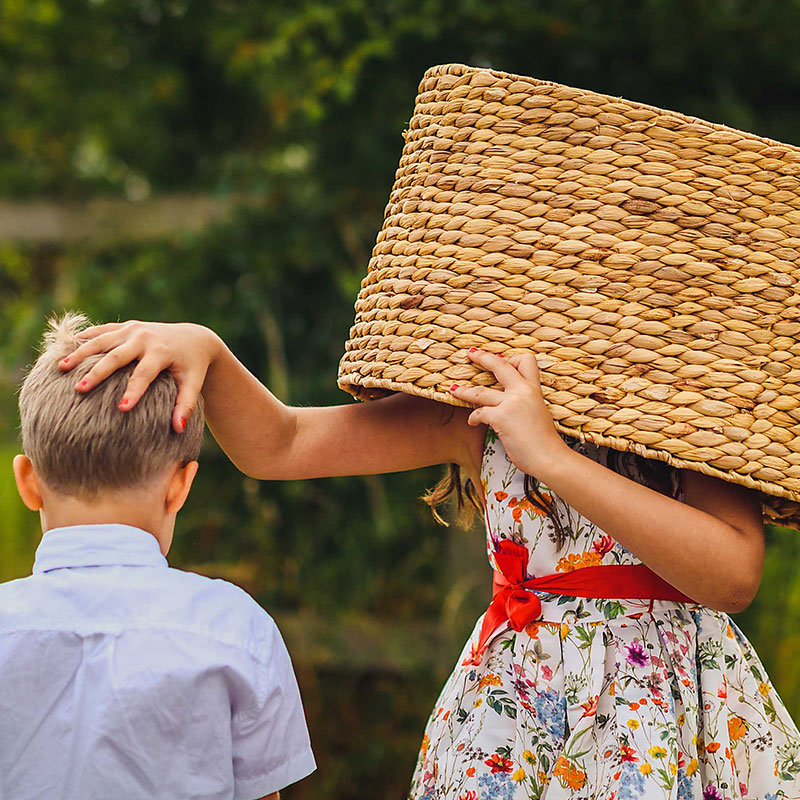 This obviously works especially well if you or your partner already have children – but godsons, nieces, any little tyke really, can be entertaining.

Clearly, tailor their input depending on their age. Teenagers often love writing their own speeches but they have the potential to waffle on. Limit their speech to a 500 word count and encourage them to test it out on an adult before the actual day!

Even pre-school children can get involved if you plan it well. Maybe just get them to hold up comedy signs at suitable points throughout the groom’s speech. There’s nothing better than a five year old heckler to get people laughing!

ONCE YOU’VE CHOSEN YOUR LINE UP…

Make the most of telling them! We love Notonthehighsteet’s cards and props.

The next challenge is deciding How To Schedule Your Speeches. Hope our advice helps.

Remember, the speeches have the potential to become the epicentre of your day so make the most of them and enjoy planning them! NB – it may require a couple of bottles of wine…