How To Start A Best Man’s Speech 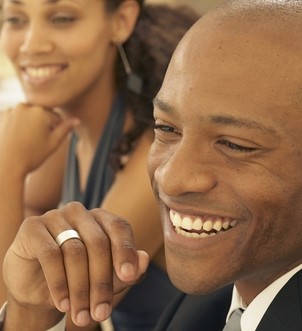 You’ve finally been nominated best man and reached peak lad status. Enjoy this moment but remember, with great power comes great responsibility. Before long your head will be swimming with stags, suits, and rings – yes, some couples still trust the best man to look after theirs.

As if that’s not enough pressure, you’re also expected to craft 7 minutes of pure corkers that will delight not only your best mate but everyone else in the room, from the guys he rugby scrummed with back at secondary school to his new granny-in-law.

Figuring out how to start your best man’s speech can take your mood from ballin’ to ballache. But you’ve got this. Because you’ve got us!* The truth is, the start is the hardest part of anything, whether it’s lacing up your trainers for a winter run, setting up your own business, or writing a witty, heartfelt, YouTube-worthy best man speech…

(*check out our Best Man Template or our Bespoke Speech Writing Service if you’re looking for more than simply advice. We’re rated ‘Excellent’ on Trustpilot for a reason).

Lewis Carol famously wrote ‘Begin at the beginning, and go on till you come to the end: then stop’.  Sounds legit. He also wrote “The hurrier I go, the behinder I get’ so we won’t dwell on his advice.

Speechy have worked with hundreds of best men around the world, from nerds to jocks, old school friends to newer work colleagues secretly surprised to have been picked for the role, to brothers who welcome this opportunity to roast the guy that gave them a lifetime of wedgies, and sons who feel a tad overwhelmed by the burden of public speaking.

So let’s break it down…

Gone is the convention of old where the best man would thank the groom for his compliments *ON BEHALF OF* the bridesmaids. No matter how traditional the wedding you’re speaking at is, it’s never good form to be speaking for women. Focus on your own stories, and woo the crowd with your, ahem, natural charm. Less etiquette, more common sense.

Before you settle down to write an Apollo-worthy stand up routine, you may want to begin by checking in with the groom and his partner to see if they have any non-negotiables (some couples time their speech line up like it’s an episode of countdown). Apart from that, the world’s your wedding cake.

Now, even though nothing’s set in stone here, we know from experience that ‘common sense’ means different things to different people.

We’ve rescued best man speeches from sleazy jokes that would have made Madonna blush, let alone the groom’s mother-in-law. On the other end of the scale, we’ve encouraged cautious best men to push the boundaries a little more, with a few spicy takes.

Aim to read your audience in advance of the big day. If this is a grownup (in the loosest sense of the word) wedding, where the couple have requested no kids and the free bar is flowing, you can probably get away with some near the knuckle anecdotes. Consider the sensibilities of all the main players though – hurt feelings at a wedding are not the one.

CHECK IF THERE’S AN MC

If there’s a Master of Ceremonies coordinating the speeches, you’ll have the honour of being introduced like the Very Important Person you are. If, as is more common these days, there isn’t one, it’s a good idea to give yourself a quick introduction – it’s surprising the number of best men who don’t.

There’s ample opportunity to make this funny. Sending yourself up will endear the crowd and get them onside right away. Obviously make it personal to you, but something like…

‘Hi everyone, I’m Chris, the proud best friend and former flatmate of the groom. I thought I’d better introduce myself because if it was down to him, you’d spend the rest of the evening wondering who the good-looking guy in the banana socks was. It took Niall six months to let me meet George because he thought he might be put off if he found out he lived with someone who looked like the actual lovechild of Noel Fielding and Prue Leith….’

INTRODUCE YOUR RELATIONSHIP WITH THE GROOM

This is your chance to tell the ultimate bromance story, and we guarantee there’s opportunity for comedy here no matter how ordinary you think your friendship is. Believe us, there is a whole lot of humour to be found in the every day.

Whether you met sharing headlice in the sandpit at pre-school or sharing a beer after working on a building site together, no one else was there so can’t correct you exaggerating your origin story. In all honesty, there’s no real need to exaggerate anyway – if something tickles you looking back, chances are it’ll hit the right spots with your audience.

You’re in the fortunate position of being pretty much free to say what you want in this speech (with earlier warnings heeded, of course). So hang loose and enjoy yourself. Don’t bother with long lead ups to anecdotes – if it takes longer that 30 seconds to set up a joke, you’re not doing it right.

Get straight in there with punchy one liners that encapsulate the weird and wonderful things about your best mate. And don’t forget to include his new spouse and how they’ve changed him (only say this if you really think it’s for the better!) or how well their personality compliments his.

For example, ‘Shai played truant a lot when we were teenagers. I sometimes think he’s married a teacher partly to catch up on what he missed in year 11.’

Or, ‘I always knew it would take someone special to agree to put up with a lifetime of Dan’s nerdiness. Thankfully Jess is a programmer who communicates in zeros and ones most days so reading Dan was no kind of challenge…’

Challenge yourself to make your audience laugh. How? Read our guide to making your speech funny.

A cheeky icebreaker loosens up the crowd and gets them on side from the get-go. They’ll be putty in your hands after that.

ESTABLISH THE THEME OF YOUR SPEECH EARLY ON

Makes sense for this to be about one of the groom’s ‘quirks’ or personality traits. Maybe him being a prima donna, as evidenced by the fact he insisted on having the wedding abroad/midweek/black tie in 30 degree heat.

Could also be inspired by his occupation and any qualities he has that contradict that in his personal life. The firefighter who’s afraid of spiders… the quantity surveyor who’s hasn’t got round to filling a giant hole he hammered in his wall after buying his first house 3 years ago… or the fine artist whose early training consisted of drawing penises on your school textbooks when you were 12.

SEE IF YOUR TOAST CAN REFLECT YOUR OPENING

All comedy writers know there’s circularity involved in great storytelling. Plant a seed early on, then come back to it with a funny and meaningful toast.

If your introduction is a joke about your mate being a killjoy, the ending could be ‘here’s to a life of fun and adventure or, in Matt’s case risk analysis and costing spreadsheets’.